THE RIGHTEOUS CHURCH OF GOD

Realizing  the great need for the Gospel and in answer to the Call of God, the  Righteous Church of God and Truth Association was founded and organized  by our late Pastor, Elder William R. Vicks Sr. on March 15, 1949.

In  the church's infancy, Elder Vicks and the members adopted the motto,  "We Will Stand For Right" and has, throughout the years, striven to hold  a high standard of righteousness; preaching the Gospel to the saving of  souls.

The  Righteous Church of God is dedicated to the winning souls for Christ.   Our aim is to preach the Gospel, in its fullness, with simplicity, that  men might know the reality of serving God in this present age.

The  church was originally located at 25th & Eye Streets, NW.  But after  moving to several different locations, in 1951, the church moved into  its present sanctuary.  This structure has been renovated and remodeled a  number of times with many additions and improvements both inside and  out.  The last improvement, under the pastorate of Elder Vicks, was the  addition of the Fellowship Hall, and the upgrade of the kitchen  facilities.

Elder  Vicks' Ministry was well known for his devotion to the sick and  shut-in.  The Righteous Church of God broadcasted for 40 years over  Radio Station, WANN (Annapolis, MD) to minister to these persons, as  well as people in the surrounding suburbs of the Greater Washington, DC,  Metropolitan Area.  Many souls were converted through his hospital  ministry as well as the church's Outreach Ministry.

Elder Vicks served the church, faithfully, for 42 years until the Lord called him from labor to reward on June 18, 1991. 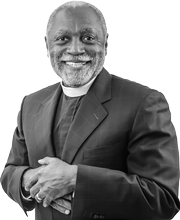 As  we look beyond the past and now into our present day, the church called  Rev. Nathan Butler to serve as Pastor in 1992. Rev. Butler has  implemented several new ministries at the Righteous Church of God.   Under his leadership souls have been saved and many have re-dedicated  their lives to the work of the Master.

Pastor  Butler led the church in a building expansion program resulting in the  completion of a brand new sanctuary.  The church is equipped with many  amenities and a state of the art audio-visual system.  RCG is poised to  do ministry in the 21st Century!